Brian Olewnick is a painter, a writer, and curator of an outstanding social-network page for those who seek visual inspiration and lively conversation on art and music. He’s also creator of the blog “Just Outside,” which features write-ups on new recorded music, concerts, the occasional movie, and “dips into” his vinyl collection.

I’ve known Mr. Olewnick since 1968, and he was always known for his artwork. So it was a remarkable surprise, during the early years of the 21st century, to hear him say he’d rather look at paintings than make them. The hiatus, however, was not interminable. Here’s the good word from the artist:

“I’d drawn and painted most of my life but, around 2003, I took a break, writing having begun to take up most of my spare time, plus having the sense that I’d done more or less what I could do in the visual field. Strenuous urging from several friends spurred my return in the spring of 2009, and I’ve been doing what I can as time permits since then.

“I’ve always tended to work small, often using the same objects I’ve kept around and grown attached to for decades, showing a marked preference for stones, sticks, and other odds and ends. I’ll frequently do a number of versions of the same object, often in the same position, while varying other properties.

“Though I tend to work in a realist manner, I’ve always loved abstract painting, simply feeling it wasn’t my territory. A happy halfway point has been painting fabric. I had the idea of doing sets of four watercolors of t-shirts of mine (another kind of object I’m very attached to). First, a red one, then an indigo one (which appears after the text) and finally a light gray one. 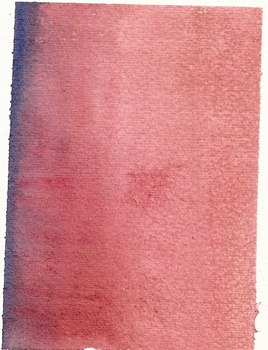 “I was able to straddle a line between color field and realism that I enjoyed very much, likening it (in approach, certainly not in quality ) to Morton Feldman’s late piano music. In the gray set, I began working in extremely light washes, almost not there (a personal homage to Agnes Martin) and think they’re among the most successful things I’ve done – but they don’t scan well at all! I’ll also do the occasional fully abstract piece, kind of bastard children of Rothko and Newman, several times removed, though I don’t feel entirely comfortable there.

“My drawing seems to vacillate between similar poles – I’ve always liked the idea of two discrete objects in a work, in separate but shared space, and did a series of pines in the fall of 2009, one of which is shown above. At the same time, I began to greatly enjoy the plain markings of the pen on paper (after coming to more greatly appreciate Twombly, I think) and have done a number of sparser things, still reality based.”

Guest Spot is very pleased to present a selection of recent work by Brian Olewnick. Back in the three-dimensional world, the originals are in the vicinity of five by five inches. Here, you can right-click to view a larger, digital image. 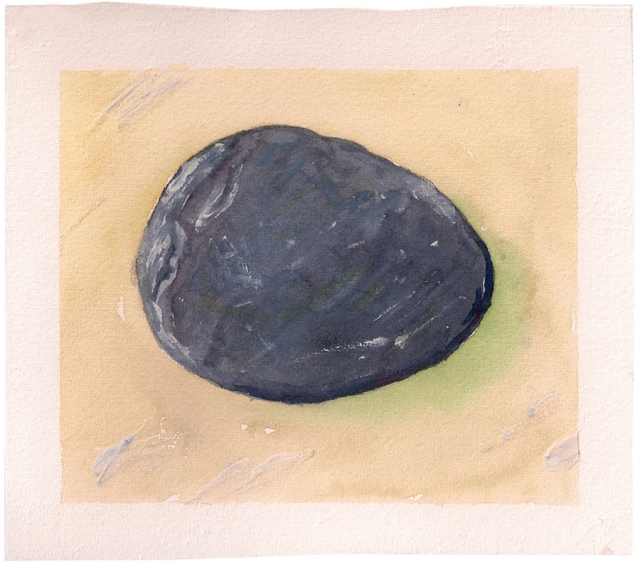 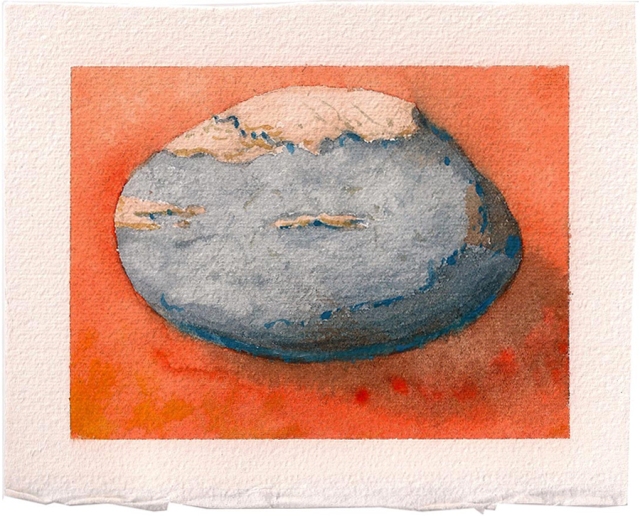 All images in this Guest Spot represent original artwork by Brian Olewnick © 2011.

Original art by Catherine Rutgers, with musings on the media and the methods. Founded in 2010. “I believe in magic moments. Am not afraid to be sentimental, and adore a tweaked cliché. Two of my favorite pastimes are watching paint dry and observing green tendrils unfold.”
View all posts by CatRutgers4Art →
This entry was posted in Guest Spot! and tagged Brian Olewnick, drawing, painting, watercolors. Bookmark the permalink.