Cutting-Edge Domesticity and the Medicine Cabinet, circa 1938 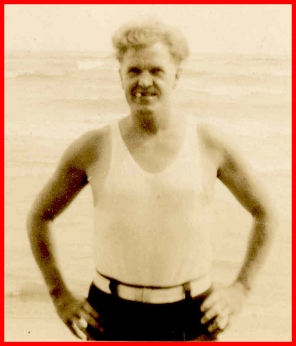 Here he is. Walter Gladstone Darbyshire the first, who will be followed by my uncle and my cousin, the second and third. This is him in 1920, my grandfather, union man, long-time Detroit resident, and decoupage artist.

Grandpa Walter had a basement hideaway. We weren’t allowed in there without him, though sometimes we crept in anyway. It was a dark room, with an electric-lit fire inside a plasterboard mantle and a real deer head mounted above. I remember being picked up to stroke the buck’s nose. His fur was smooth going down, bristly if you swept up; he had long branchy antlers and shiny glass eyes.

I’ve never seen another room quite like this one: mysterious but comfortable, in an endlessly exciting kind of way.

My mother told me Walter sometimes dressed as a “swami” for Halloween, replete with turban, robes, and a crystal ball—seated in a dimly lit alcove where neighborhood trick-or-treaters drew the curtains aside to enter. It sounds spooky and perfect, though when I was a kid, it would have been hard to imagine him in this role. He was precise in everything I saw him do: sifting the dirt in his garden, pruning the raspberry bushes and the crabapple tree, building a patio from pastel-colored cement blocks.

In the dining room on Burt Road, the wall behind the head of the table, where he sat at every meal, was filled with a photo mural of forested mountains, perfectly applied and finished. Inside the kitchen cabinets, Grandpa had decoupaged pictures of kittens and flowers and other things like that. They always intrigued me.

When I moved to Brooklyn, so many years ago, one of the first things I did was glue strips of a poster onto the back of the bathroom medicine cabinet (installed in 1938). The paper bits were getting gnarly, so I scraped them off and saved them for a scanning project. As for the cutting edge, in this case it’s literal: the shelves are thick, clear glass, with a lovely rounded edge in the front. But the back side is dangerously sharp. Each of three panels slides (awkwardly) into metal slots. And you have to take them all the way out to clean them. What were they thinking? They’re heartlessly difficult to handle, and yet, these details of home life from the past are inspirations to me, and I wouldn’t dream of trading in this cabinet for a new one.

By the way, check out those moiré patterns on the poster fragments. Love them! And this is where I diverge from most digital art practice, e.g., “moiré patterns are often an undesired artifact of images produced by various digital imaging and computer graphics techniques” (à la Wikipedia) and 139,000 articles about removing them. Au contraire, mes amis, the dots are beautiful. 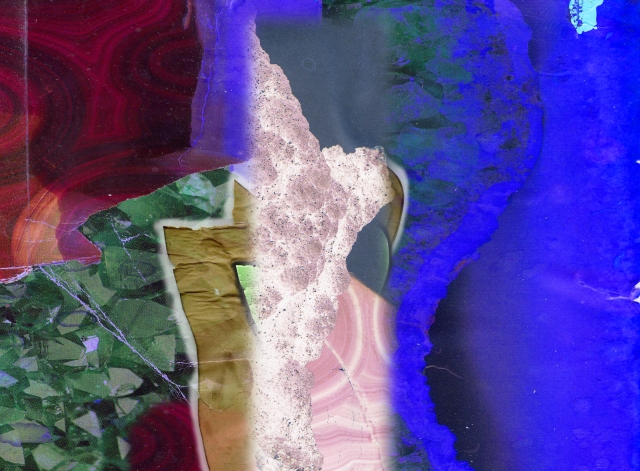 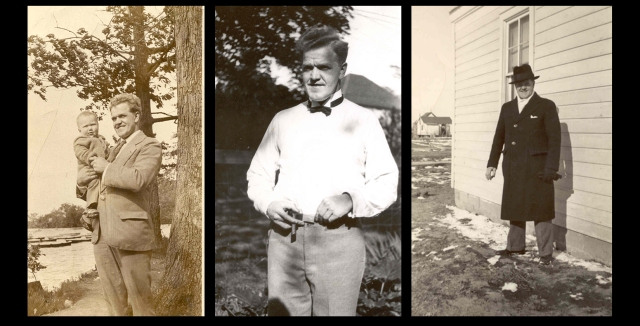 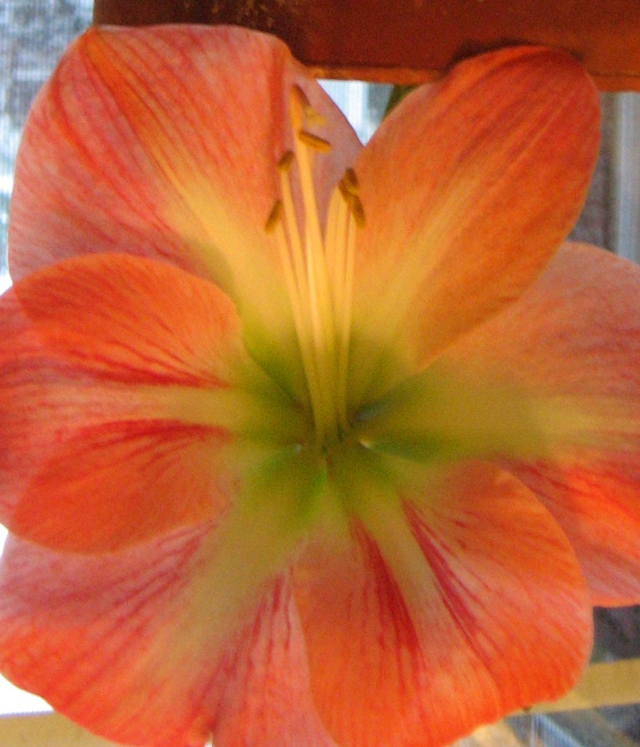 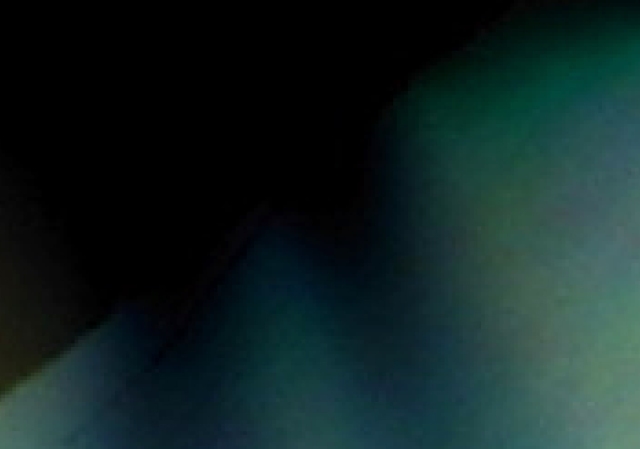 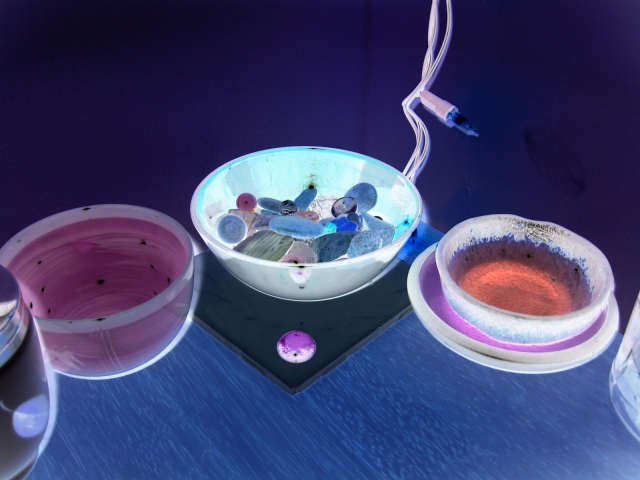 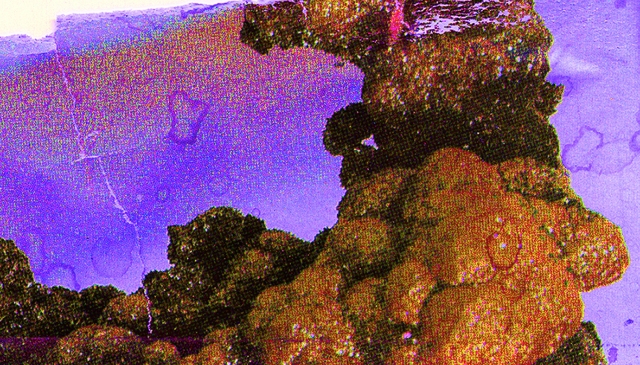 Images and text by Catherine Rutgers © 2013

Original art by Catherine Rutgers, with musings on the media and the methods. Founded in 2010. “I believe in magic moments. Am not afraid to be sentimental, and adore a tweaked cliché. Two of my favorite pastimes are watching paint dry and observing green tendrils unfold.”
View all posts by CatRutgers4Art →
This entry was posted in Revelations and tagged autobiography, decoupage, grandfather, memory, moiré patterns. Bookmark the permalink.

12 Responses to Cutting-Edge Domesticity and the Medicine Cabinet, circa 1938