The Art of Compost: Do you promise to funk? 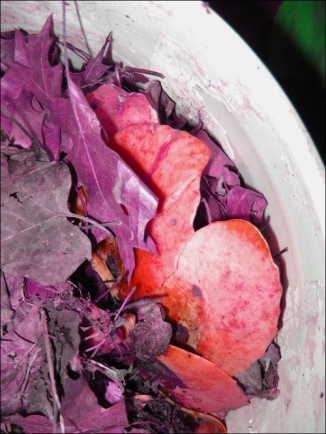 It began late last August: the campaign to make compost. First, there was a neglected pile of garden stuff, left in a heap all summer long. Greenish and soggy and hard to pull apart, but I did. And it was fun in the most satisfying way. As the season got colorful, I walked through the neighborhood and found one lawn covered in yellow, one in red. I took large canvas bags and filled them, carried them home. I picked up seed pods on the avenue, and neighbors brought their kitchen scraps.

Every leaf was chopped into bits, every twig snapped short. I filled dozens of buckets, worked a couple hours each day. Often first thing in the morning and last thing at night. Every single bucket had its own smell. Always sensational, often fragrant: mint, orange peel, fresh coffee grounds. As I chopped and snipped, everything else fell away. There was only me and the thousands of leaves and stems and twigs I had the privilege to handle and dismantle.

The feeling of it! The look of it. At one point I thought, “If you document this, it’s art.” And promptly dismissed the idea. But on November 4, 2011, I started to take photos. This is pretty much the way everything looked while I was working. There’s a color twist above. The eggshells in number two were arranged (before being crushed with scissors). For number seven, I flipped some leaves over to show off that glistening red. The last photo is also the last bucket: December 23, 2011, at 4:35 p.m. 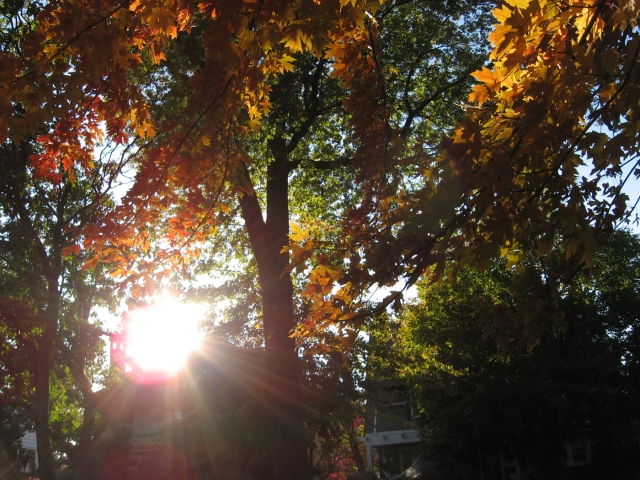 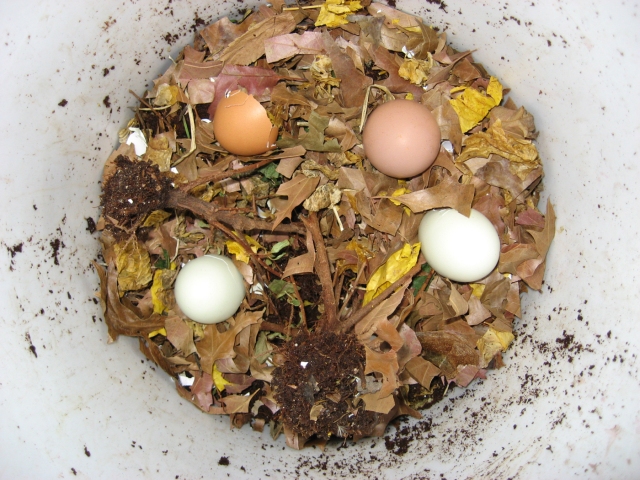 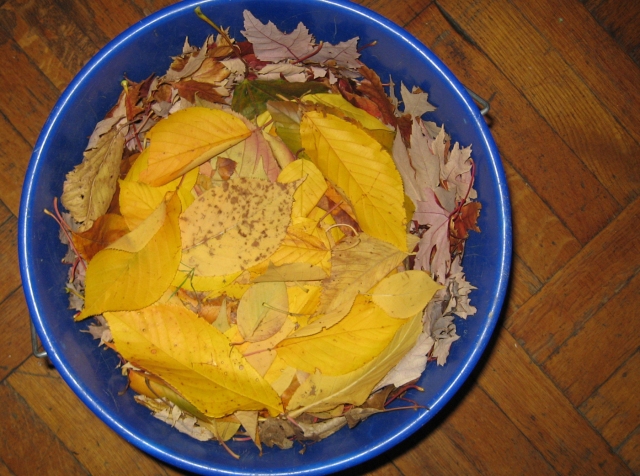 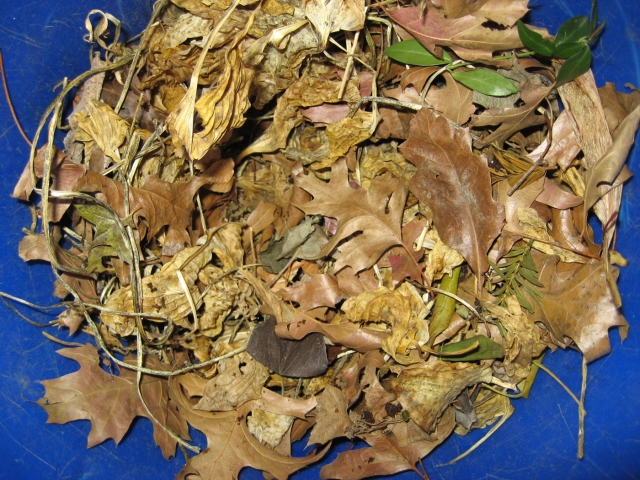 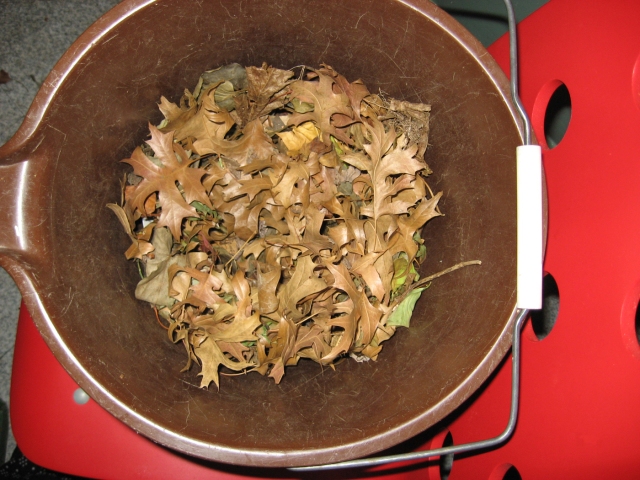 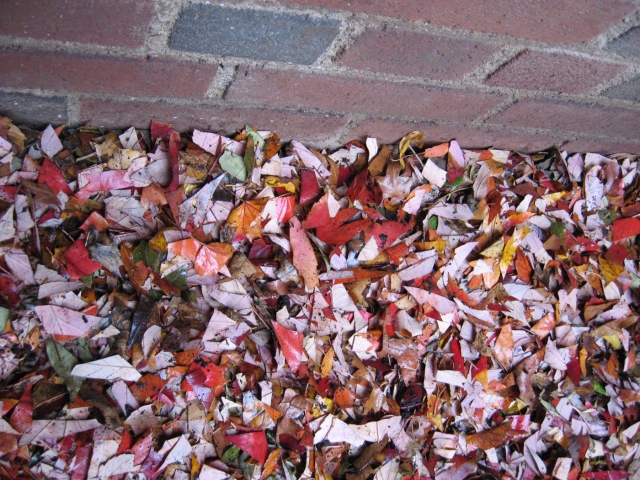 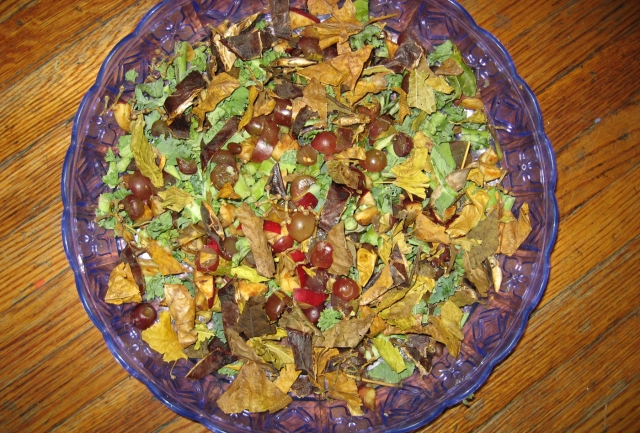 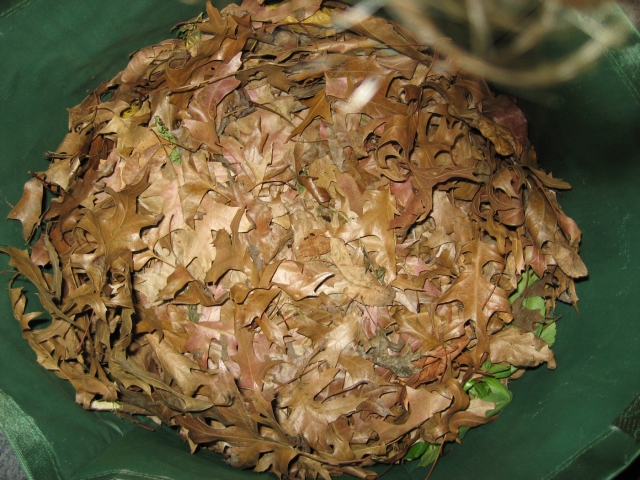 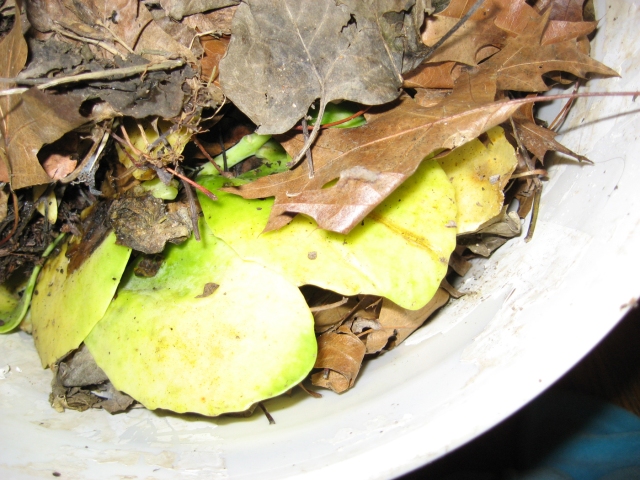 Photographs and words by Catherine Rutgers © 2012

Original art by Catherine Rutgers, with musings on the media and the methods. Founded in 2010. “I believe in magic moments. Am not afraid to be sentimental, and adore a tweaked cliché. Two of my favorite pastimes are watching paint dry and observing green tendrils unfold.”
View all posts by CatRutgers4Art →
This entry was posted in Snapped and tagged bliss, color, compost, creativity, favorite photos, gardening. Bookmark the permalink.

2 Responses to The Art of Compost: Do you promise to funk?