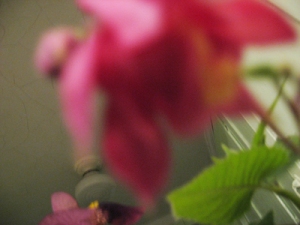 It’s not so easy to trick a digital camera.
Set on auto, its instincts are to correct your “mistakes.” However, I’m not generally looking for the “perfect picture”; I want to create source material for new artwork.

For altering an image while it’s being taken, there are but so many options. I can move into the subject, without changing the focus. Move my body into strange positions while holding the camera. Or both. At the same time.

Sometimes the outcome is quite satisfying, but static nonetheless.

In my quest for representing motion, I occasionally photograph something that’s moving, and even less frequently manage to capture its movement. Although Photoshop filters can create an illusion of motion, and they’re a lot of fun to work with, nine times out of ten you can recognize the technique in the final image. 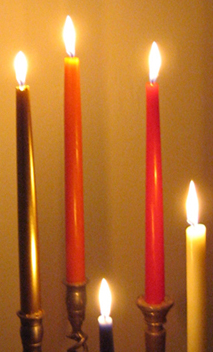 I love a blur that is created without a filter and was determined to figure it out.

So, it was a happy day in April 2008 when I discovered how to move from a perfectly fine photo to a really cool impact by swooping the camera through space.

Four favorites are shown below, dimensions reduced and brightness slightly adjusted. Otherwise, straight out of the camera. 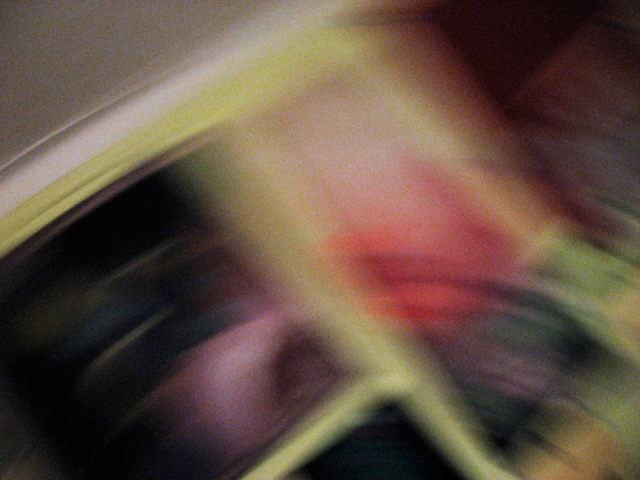 Original art by Catherine Rutgers, with musings on the media and the methods. Founded in 2010. “I believe in magic moments. Am not afraid to be sentimental, and adore a tweaked cliché. Two of my favorite pastimes are watching paint dry and observing green tendrils unfold.”
View all posts by CatRutgers4Art →
This entry was posted in Snapped and tagged photography. Bookmark the permalink.

4 Responses to Altered State: In Motion